According to the Centers for Disease Control and Prevention (CDC), one in three US adults don’t get enough sleep.

It is the foundation of human life. An oft-forgotten element of Maslow’s Hierarchy of Needs, sleep has been dismissed and deprioritized too long. However, it looks like things are starting to change. The ever-evolving field of Sleep Science sheds light on the fact that sleep is pivotal to living a happy and productive life. Given that we spend over a third of our life sleeping, it's not that surprising that sleep is fundamental to not only who we are, but how we are as well. Unfortunately, as the scientific community discovers more and more about the nature of sleep, it is also becoming increasingly understood that many people in this day and age suffer from problematic sleeping. Sleep problems, we are learning, are associated with compromised health and well-being, but even with this understanding, we are seeing an epidemic of chronic sleep deprivation.

Obstructive sleep apnea – also known as OSA or simply, sleep apnea -- is one of the most common sleep problems. It is a condition that is characterized by shallow breathing or pauses in breath while sleeping, called apneas. For those 20-25 million US adults who suffer from OSA, their breathing can be halted for a few seconds to over one minute, potentially hundreds of times each night. How does this happen? Let’s take a look. While you sleep, your muscles typically relax. For those with OSA, the mechanism that relaxes their muscles during sleep results in the collapse of the palate’s soft tissue, which causes their airway to become blocked. The result of a chronically blocked airway during sleep, which is the case for those with OSA, is reduced oxygen levels while the event occurs.

A Close-Up On Snoring 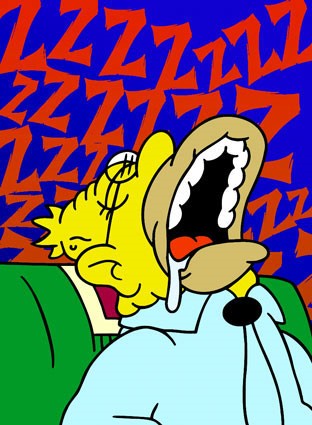 As a comic book standard, the concept of snoring is often used as a funny character quirk. Giant block-lettered “Zs” pouring out of a night-capped grandpa’s slack jaw or Bruno the bulldog’s soggy nose -- you know the drill. But talk to someone whose partner is a chronic snorer or consider the way snoring can have an impact on your overall health and it becomes clear that outside the comic book world, snoring is not a laughing matter. Though it may not seem that serious, snoring is classified as a legitimate sleep problem – one of the most common sleep problems, in fact. The condition directly affects one’s sleep quality, which, in turn, has serious consequences to one’s quality of life. 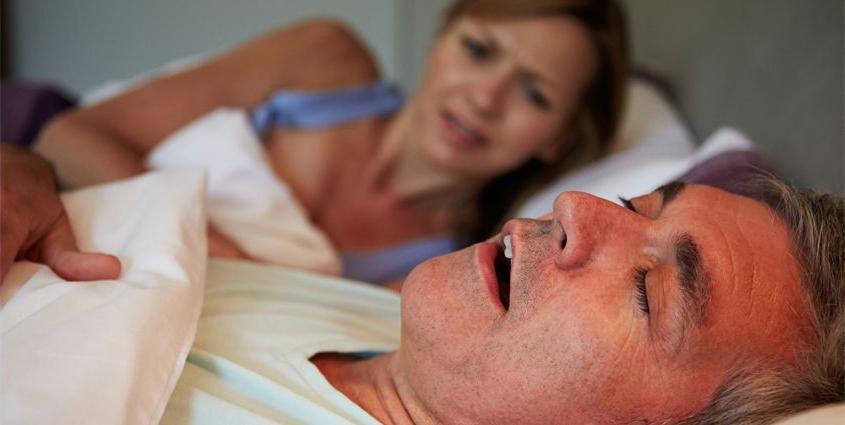 It is important to recognize the symptoms of snoring and discuss any concerns you may have with your doctor or dentist.

The term, “snoring” refers to a sound that occurs when the soft tissue of the upper airway resonates with a person’s breath when they sleep. Though it used to be considered a condition that primarily affected men, today we understand that snoring can affect all genders. Aggressive snoring can be a symptom of sleep apnea, however snoring is not the sole indicator of the condition, nor does the presence of snoring necessarily mean you have sleep apnea.

Conditions and behaviors that are known to increase the risk of snoring include:

In a word, yes! Treating OSA is incredibly important to your health and well-being, both now and in the future. In the short term, untreated OSA can lead to excessive daytime sleepiness, morning headaches and memory loss. Letting your OSA go untreated also puts you at risk of drowsy driving and accidents in the workplace.

More research is coming out about the long term effects of untreated OSA. It is becoming increasingly understood that untreated OSA elevates your risk of serious health problems including:

in adults, the most common cause of OSA is excess weight and obesity.MORE

studies have shown that people with OSA are at greater risk of developing memory problems and other symptoms of mild cognitive impairment (MCI) earlier than those without OSA.MORE

those who drive while fatigued put themselves and others at an elevated risk of road accidents. Drowsy driving is a major issue in the US- approximately 1 in 25 adult drivers report having fallen asleep while driving in the previous 30 days. Drivers with untreated sleep disorders, such as OSA, are at a greater risk of drowsy driving. MORE

the fluctuation in blood oxygen levels during episodes of sleep apnea can strain the cardiovascular system and increase blood pressure. MORE

The occurrence of strokes has been found to be far more common in those with moderate to severe OSA, especially in men with OSA whose risk of stroke is three times higher compared to men without OSA. MORE

In a 2009 study, it was found that 69% of male participants with OSA also reported ED. It is not yet known why men with OSA have higher rates of ED. MORE

GERD (gastroesophageal reflux) and sleep disorders are a common pairing. It is thought that the changes in airway pressure that results from OSA contribute to the occurrence of reflux or that acid reflux at night leads to vocal cord spasms that result in sleep apnea. MORE

Treating OSA: An Action Plan For Getting Help


How Your Dentist Can Help:

If you choose a dentist who has received training and is certified by App-NeaTM, LLC, you will be able to choose a MAD-FITTM dentist, which will allow you to avoid the time-consuming and inconvenient “trial-and-error” fitting procedure typical of other oral appliances.

How Your Doctor Can Help: How You Can Help:

There are a number of behavioral and lifestyle changes you can consider when trying to lessen the symptoms of your sleep apnea and snoring. These include:

No matter what your diagnosis ends up being and what treatment option you choose, we recommend that you make these life changes, regardless!

Can You Make Up For Lost Sleep? And How Much Is Losing Sleep Hurting You In The First Place?

What can cause dizziness when waking up?

Know how to watch for signs of sleep apnea

Infographic ~ Seven Things You Need to Know About Excessive Sleepiness ~

National Sleep Foundation: Study Finds Actual Changes in the Brain After Sleep Loss That Make Pain Worse Brain regions involved in our pain response appear to function differently when we skimp on shut-eye.

Augmentation of DMLS Biomimetic Dental Implants with Weight-Bearing Strut to Balance of Biologic and Mechanical Demands: From Bench to Animal

Temporomandibular joint disc displacement with reduction: a review of mechanisms and clinical presentation

Effect of exercise training on sleep apnea: A systematic review and meta-analysis.

Associations between Macronutrient Intake and Obstructive Sleep Apnoea as Well as Self-Reported Sleep Symptoms: Results from a Cohort of Community Dwelling Australian Men

Obstructive sleep apnea in children with cerebral palsy and epilepsy

Reciprocal dynamics between self-rated sleep and symptoms of depression and anxiety in young adult women: A 14-day diary study.

What Is the Prevalence of Symptomatic Obstructive Sleep Apnea Syndrome in Chronic Spinal Pain Patients? An Assessment of the Correlation of OSAS with Chronic Opioid Therapy, Obesity, and Smoking.