Patient
Physician
Patient
<< Back
Regular Marijuana Use and Obstructive Sleep Apnea: A Recipe for Disaster During Sedation
Published on Jan 11, 2021 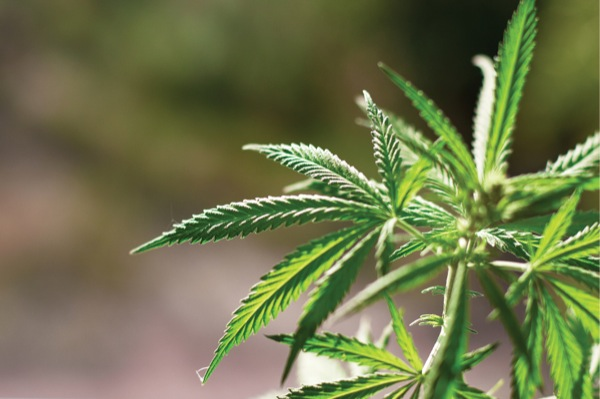 In a retrospective study published in the Journal of the American Osteopathic Association (2019; 119:307-311), researchers concluded that more sedation medications may very well be required during procedures for patients that regularly use marijuana. The differences translated to an additional 14% of fentanyl, an additional 19.6% of midazolam, and a whopping 220.5% more propofol during sedation needed for cannabis users. This increased dose may put the patient at a higher risk for respiratory depression which could lead to complications during and after surgery.

Some people use marijuana as a sleep aid to help them feel drowsier and experience its relaxing and sedative-like effect. The reality is that its use actually inhibits REM sleep, the rapid eye movement stage of sleep, a very important phase of sleep and is very important for the restorative part of our sleep cycle. When REM sleep is disrupted for even one night, the body will fail to follow its normal circadian sleep cycle (“inner clock”) progression and instead, people will slip directly into REM sleep as a result of not getting the right amount of sleep the night before. Marijuana users will also go through extended periods of REM sleep until they “catch up” on this stage of sleep. Marijuana not only has a sedative and relaxing effect on the brain, but it also relaxes the skeletal muscles of the body that control movement and patency of the upper airway. The muscles of the upper airway (wind pipe), a region that extends from behind the nose, past the mouth (including the tongue and muscles that control movement of the lower jaw), and down to the vocal cords, controls how much air goes into the lungs and when those muscles relax, it results in the narrowing of the upper airway, restricting the amount of airflow into the lungs. For a patient with an undiagnosed or untreated obstructive sleep apnea (OSA) or upper airway resistance syndrome (UARS) undergoing sedation, it is a recipe for disaster.

Sleep apnea affects over 70 million people in the U.S. alone and a billion people worldwide, equating to 1 out of 4 adults, and 80% of them are not even aware they suffer from it.

Snoring is often a symptom of OSA, where the soft tissues of the soft palate vibrate (air turbulence) as the air passes through the mouth squeezing between the low draping soft palate and the back of the tongue. This continual restriction can progress to an obstruction and cause a complete collapse of the airway causing the person to stop breathing for 10 seconds or longer and air doesn’t go into the lungs and that results in a decreased amount of oxygen circulating not only to the brain, heart and other vital organs, but also to the rest of the body. The longer the obstruction or collapse continues, the more the body goes deprived of oxygen, and this continual and chronic oxygen deprivation over long term can take a terrible toll on one’s overall physical, mental and social well-being.

Other symptoms of untreated OSA include:

According to the “Practice Guidelines for the Perioperative Management of Patients with Obstructive Sleep Apnea” published in the May 2006 issue of the journal Anesthesiology, “both pediatric and adult patients with OSA … present special challenges that must be systematically addressed … to improve [their] care and reduce the risk of adverse outcomes,”.

The recommendations are that for a surgical patient, OSA status needs to be established early on, by means of medical histories, screening tools, and physical examinations that take into account such risk factors as large neck circumference, and airway and palate anomalies. Patients with OSA have significantly more collapsible airway and are especially susceptible to the effects of inhaled anesthetics, sedatives and opioids and have more sedation related complications than patients who do not suffer from OSA.

One of the sound advices I received and continue to practice was from Dr. Charles Jackson, an anesthesia attending, who taught me, “Don’t treat a stranger”, and “Screen every patient for OSA”. Knowing a patient’s medical history is not enough, it is also important to interview them for their sleep history, social history and know their recreation alcohol and amount of drug use. During the pre-sedation workup, patients may admit to alcohol and drug use easier than reporting if they suffer from OSA. On average 80% of patients with OSA do not know they suffer from it and about 60% do not report experiencing excessive daytime sleepiness (EDS), a common symptom associated with OSA, disruptive sleep and sleep deprivation.

Regular use of marijuana, especially before sedation or anesthesia, not only increases medication threshold for desired sedation effect, it also suppresses the patients central and skeletal muscle response to respiratory depression leading to a faster onset, deeper and longer period of oxygen desaturation. Add to that a highly collapsible airway and decreased lung volume of an OSA patient, during sedation which is an artificially induced state of sleep, the sedated patient can desaturate and experience cardiorespiratory distress much faster than a patient without OSA.

To avoid intra-operative complications with patients who use marijuana regularly and/or OSA during in-office surgery the depth of sedation may have to be adjusted to allow for maintenance of protective reflexes by the patient. Such adjustments which can result in intraoperative awareness or accidental awareness during sedation, where patients regain varying levels of consciousness during their surgical procedures. General anesthesia may have to be induced for the procedure to continue comfortably for both the surgeon and the patient.

Having sedated hundreds of patients with OSA, and correlating pre-treatment symptoms with diagnostic sleep studies of thousands of patients successfully treated with oral appliances (OAT), to mitigate intra-operative complications to determine the appropriate level of sedation as part of informed consent, we have developed simple and easy to use screening questionnaires to be used during evaluation of not only the surgical patient and for all patients in our practice.