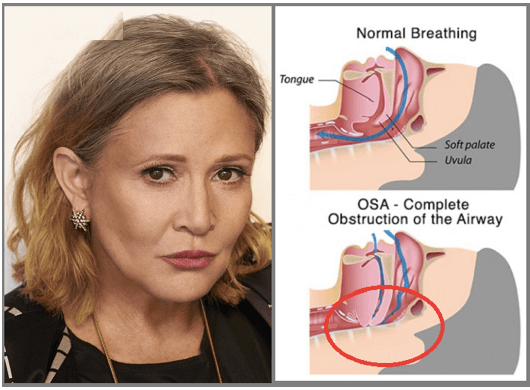 Understanding gender-specific factors can improve health outcomes for women With nearly 30 million Americans suffering from obstructive sleep apnea (OSA) and an estimated 80% of cases remaining undiagnosed,1this sleep breathing disorder is a deadly disease of epidemic proportions. More people suffer from OSA than Diabetes. Fortunately, the medical and dental profession, and the general public are beginning to recognize the necessity and urgency for diagnosis and treatment; however, one stereotypical bias is that OSA is predominately a men's health condition and that to of obese and older men. Although it is true that the condition affects 4x more men than women, research data shows that women (even those displaying the “classic” telltale signs of OSA, such as snoring and daytime sleepiness and fatigue, pauses in breathing during sleep and suddenly waking up choking and gasping for air) are more likely to dismiss and not report their symptoms and go undiagnosed and, therefore, untreated.2

The disparity is likely the result of a combination of factors that include a variance in symptomatology; sociocultural considerations, such as a hesitance among women to report snoring and weight gain post menopause; and a general misunderstanding of the degree to which OSA is a male-dominant disorder. The consequence for women is unaddressed and unmitigated increased risk for OSA's comorbidities, which include cardiovascular disease, heart attack, diabetes, hypertension, depression, stroke, alzheimer’s and insomnia.

Some of the symptoms that women commonly present with deviate from the "classic" OSA symptoms are more ambiguous, and this can lead to either a misdiagnosis or the diagnosis of one of the condition's comorbidities without a corresponding OSA diagnosis. In addition, women are more likely to visit their doctors unaccompanied by their partners, who are often the ones who identify the presence of snoring or gasping at night.3Although snoring, daytime fatigue and sleepiness, and waking up gasping for breath during sleep are the most commonly recognized symptoms of OSA, especially in men, women may more predominantly experience other symptoms, such as insomnia, restless legs syndrome, depression or other mood disorders, nightmares, heart palpitations, and hallucinations.4

Interestingly, women have also been shown to exhibit and report symptoms at less severe levels of OSA than men do,4which can lead to earlier and possibly more acute impairment and decreased quality of life. By recognizing the potential indications and risk factors of OSA in women, we can screen and identify those who have a problem earlier than later and help mitigate the onset or severity of the comorbidities associated health consequences. Aside from being male, the list of risk factors for OSA is widely independent of gender and includes snoring, daytime fatigue and tiredness, observed pauses in breathing during sleep, high blood pressure, obesity, age (over 50), large neck circumference (men >17.5” and women 16”), genetics or family history (children of parents who snore or have sleep apnea are at a greater risk), race, certain medications (sleeping pills, pain management such as opioids and gabapentin in particular, and antihistamines), and certain lifestyle habits such as smoking and consuming alcohol within 4 hours of bedtime. The mechanism for the role of smoking in OSA includes airway inflammation and smoking related pulmonary diseases that reduce residual lung capacity. It has been shown in studies that current smokers were three times more likely to have OSA than former or non-smokers. Because there was no increase in OSA for former smokers, it is likely that if smoking does contribute to increased OSA, the effect is reversible with smoking sensation. Alcohol consumption before bedtime, as do sleeping pills and pain medications, increase the arousal threshold and relax the muscles and soft tissue around the neck and throat, making the airway more collapsible and harder for the brain to recognize and react to decreased or ceased breathing.

For women, however, there are a few significant gender-specific risk factors that may contribute to the onset or worsening of OSA, which include pregnancy, menopause, and Polycystic Ovarian Syndrome (PCOS). The increased risk of OSA during pregnancy is largely due to the body's anatomical and physiologic changes and is compounded with obesity. Data indicates that OSA affects approximately 15% to 20% of obese pregnant women.5During pregnancy, the growing uterus lifts up the diaphragm, affecting the mechanics of the lungs. In addition, the circumference of the neck increases, and swelling of the throat is common, both of which can put pressure and compress the airway and promote its collapse.4

Menopause is also associated with a marked increase in OSA prevalence, and 47% to 67% of postmenopausal women have been found to have the condition.6The hormone changes that women experience during this time-particularly the decline in estrogen and progesterone-have an endocrine effect on the ventilatory response of the lungs and upper airway neural tone, increasing its susceptibility of collapsing. In addition, fat accumulation and distribution in the body associated with menopause, can contribute to an increased risk of OSA. Studies have shown that a 10% increase in weight was associated with a sixfold greater risk of developing OSA among people initially free of OSA and where 50 years or older female patients on hormone replacement therapy had 50% odds of having OSA as compared with nontherapy menopausal and postmenopausal women.

PCOS is another significant risk factor for OSA in women. Studies have demonstrated that those with PCOS are 30 times more likely to have OSA.7Similar to menopause, hormone changes and fat distribution are the primary contributors to the increased risk.8With 58% of Americans visiting the dentist office at least once per year,9dental professionals have a unique opportunity to positively impact their patient’s overall health, well-being and quality of life. By implementing OSA screening protocols into their routine patient visit and examination, and educating their team and patients about the incidence, prevalence, risk factors and symptoms, dentists can help their patients get an early and accurate diagnosis, followed by treatment, taking their practice philosophy from lifetime dental care to lifesaving dental care.