Patient
Physician
Patient
<< Back
The Dangerous Link Between Menopause and Sleep Apnea: Could Your Hot Flashes Be More than Menopause?
Published on Mar 14, 2019 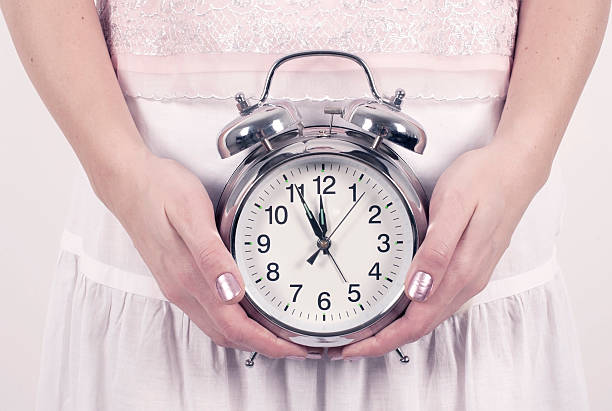 Obstructive sleep apnea (OSA) has often been thought of as being more of a “Man thing” and it is true that men overwhelming have a higher instance than women. However, research shows that as women enter and continue through menopause, their risk for sleep apnea increases and equalizes to those of their male counterparts. In addition to higher risk, women also experience menopause symptoms that can also double as OSA symptoms. Things like hot flashes, night sweats, snoring, and insomnia are just a few of the signs that may indicate a sleep apnea diagnosis. Let’s talk a little about menopause, sleep apnea, how the two are linked, and what to do if you think you may have sleep apnea.

Menopause – the word itself can scare the average women into an immediate hot flash. It marks the period in a woman’s life as the loss of fertility and occurs when the ovaries no longer produce two key hormones, estrogen and progesterone, and a firm diagnosis is made when menses ceases for 12 consecutive months. Menopause can greatly disrupt a woman’s life, due to major physical and psychological changes. The average age of onset for American women is 51 years of age. However, in some women it can begin as early as 40 or as late as 55. For women who’ve had a hysterectomy and removal of their ovaries, it may begin immediately following.

There are quite a few symptoms of menopause, but not all women will experience every symptom or even symptoms in the same way. Symptoms include irregular periods, hot flashes or flushes, poor concentration, mood changes, decreased libido, joint and muscle pain, weight gain, and vaginal and urinary problems. These symptoms can last a few years to over ten, depending on the woman. Menopausal women are generally not happy with their sleep quality and quantity too. In fact, researchers have found that as many 61% of menopausal women report insomnia symptoms. Snoring also becomes more common as menopause sets in. This last part is what leads us to sleep apnea.

What is Sleep Apnea?

Sleep Apnea, also known as obstructive sleep apnea (OSA), is a common disorder that affects a reported  45 million Americans. It is when an individual experiences shallow breathing or stops breathing for 10 seconds or longer each time, several times an hour while sleeping. These pauses, or apneas, can occur anywhere from 5 to more than 60 times in one hour before regular breathing resumes, usually accompanied with a loud snort or choking sound.

While all levels are dangerous, some are more serious than others. Mild sleep apnea is characterized by 5 to 15 apneic episodes per hour; moderate sleep apnea is defined by 15 to 30 per hour, and severe sleep apnea is categorized as more than 30 times an hour and that’s stopping breathing every  two minutes for ten seconds or longer.

One of the other tell-tell signs of sleep apnea that can affect menopausal women is episodes of gasping or choking awake. These moments can likely be apneas and can be major warning to heed.

How Does Menopause Increase the Likelihood of Sleep Apnea?

It all boils down to biology. Estrogen and progesterone help regulate libido, weight and uphold ventilation and the airway’s muscle and keep them from collapsing, so these hormones are helping prevent sleep apnea in a manner of speaking. Unfortunately, as perimenopause begins, these hormonal levels decline, and by full-blown menopause, the drop to their lowest levels. It is during this time that women become more likely to find themselves with a sleep apnea diagnosis.

Think You May Have Sleep Apnea?

If you are concerned that some of your menopause symptoms may instead be due to sleep apnea, speak to your physician about getting a formal evaluation or if you suspect you or a loved one suffers from symptoms related to sleep apnea, speak with your physician or dentist Doing a sleep study is easier than ever now, in fact, most times you can do them from the comfort of your own bed. If you receive a sleep apnea diagnosis, a sleep specialist physician or dentist will be able to provide you with a treatment plan to relieve your sleep apnea symptoms, preserve your health, and make menopause less difficult than it needs to be.

Metadata: Obstructive sleep apnea (OSA) has often been thought of as being more of a “Man thing” and it is true that men overwhelming have a higher instance than women. However, research shows that as women enter and continue through menopause, their risk for sleep apnea increases and equalizes to those of their male counterparts.