Patient
Physician
Patient
<< Back
Sleep Apnea and Your Heart: The connection that increases mortality by 46%
Published on Jan 19, 2018 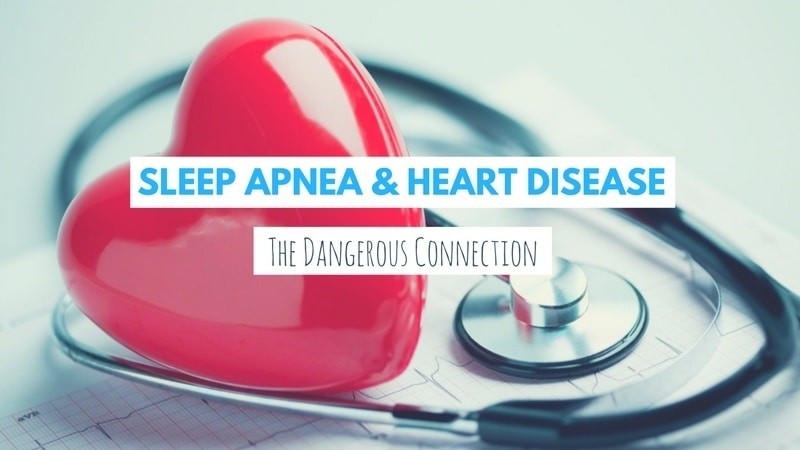 With the one-year anniversary of Carrie Fisher’s tragic death having just passed and the news that untreated sleep apnea played a significant role in her early death, it’s a great time to open up the conversation on how sleep apnea affects heart health.

Let’s start with the hard facts. Heart disease is the leading cause of death in the United States. Stroke is also a leader in terms of death and disability with high blood pressure a contributing cause of both. Sleep apnea is linked with all three. Not only does untreated sleep apnea increase the chance of early death by 46%, but it also increases the chances of sudden cardiac death.

If the numbers are that dire, why does an estimated 80% of cases of sleep apnea go undiagnosed? Many people do not know just how serious sleep apnea is.

What is Obstructive Sleep Apnea (OSA)?

OSA is a common disorder that affects a reported 32 million Americans. It is when an individual experiences shallow breathing or stops breathing for 10 seconds or longer each time. These pauses can occur more than 30 times in one hour before regular breathing resumes, usually with a loud snort or choking sound.

Poor-quality sleep and heart disease are undoubtedly connected. The disrupted breathing which happens with sleep apnea is what has been shown to cause hypertension and heart conditions. When breathing is deferred, oxygen levels in the blood decrease. The body then releases epinephrine causing extensive stress on the cardiovascular system, making the heart work harder than it should. This contributes to higher blood pressure, heart damage, and irregular heartbeat. If sleep apnea is left undiagnosed or untreated, the person has a higher risk of heart attack and stroke.

Help Your Heart: Do a sleep study

If you believe you may have sleep apnea, contact your doctor to complete a sleep study. You can do an at-home sleep study or an overnight test at a sleep clinic at your doctor’s discretion. A sleep study is designed to collect information about your heart, oxygen, and breathing while you sleep.

If you’d like to learn more about sleep studies, read my article, “Now You Don’t Have to Sleep in a Stranger’s Bed to Get Tested for Sleep Apnea.”

Treatment will be determined by your sleep physician's recommendations, the severity of your OSA, and your tolerance for treatment methods. One of the most popular methods of treatment is an oral appliance, also known as Mandibular Advancing Devices (MAD), and has been shown to be quite effective in treating sleep apnea. The device bears a resemblance to a mouth guard and moves the lower jaw forward to open the airway wider during sleep. MAD’s are specially made by certified sleep apnea dentists. You can learn more about MAD’s here.

Patients with severe sleep apnea may be recommended to use a Continuous Positive Airway Pressure (CPAP) machine. Every night, patients wear a face mask that “forces air into the nasal passages at high levels to overcome obstructions in the airway and stimulate normal breathing.” While it is often the first treatment option prescribed, it is not always the best choice. More than half of all CPAP users report using their machines inconsistently or below the suggested minimum of four hours per night for efficacy due to issues like claustrophobia, discomfort, noisy machines, and ear pressure.

Weight loss can also help reduce symptoms for both sleep apnea and heart disease, as it is a common risk for both diseases. However, it can only remedy sleep apnea in very mild cases.

If you suspect you have sleep apnea, contact your physician or dentist as soon as possible. Your heart will thank you for it!