Patient
Physician
Patient
<< Back
Could Sleep Apnea be Making Your Diabetes Worse?
Published on Jan 17, 2018 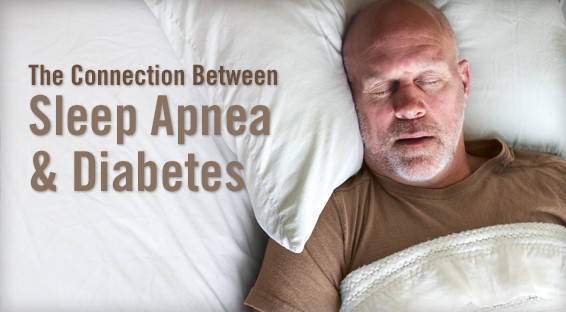 Could Sleep Apnea be Making Your Diabetes Worse?

According to a new study published in the August edition of The Journal of Clinical Endocrinology & Metabolism, when left untreated, sleep apnea can increase blood sugar and fat levels, stress hormones, and blood pressure, making several disease states, especially diabetes, worse. This is just another study in a growing body of research showing a strong correlation between sleep apnea and issues with diabetes such as metabolic syndrome (also known as insulin resistance), abnormal glucose intolerance, and hyperinsulinemia.

For those already diabetic or at risk for diabetes, this can not only exacerbate diabetes but worsen day-to-day management of the disease.

OSA is a common disorder that affects a reported 32 million Americans. It is when an individual experiences shallow breathing or stops breathing for 10 seconds or longer each time. These pauses can occur more than 30 times in one hour before normal breathing resumes, usually with a loud snort or choking sound.

Many people aren't aware they are struggling to breathe at night, making it hard to detect. There are many other symptoms other than snoring and waking in the night such as daytime fatigue, sleepiness, irritability, nocturnal choking or gasping, and waking with a headache or dry mouth among others.

Patients with Type II diabetes have a shocking 50% chance of being diagnosed with sleep apnea. How is that Type II diabetes and sleep apnea are so interlinked? It could have something to do with the prime common factor being obesity. However, not only the obese suffer from sleep apnea. Sleep apnea is associated with glucose intolerance and insulin resistance, both of which make blood sugar management especially difficult for Type II diabetics.

Treatment will primarily be based on your sleep physician's recommendations, the severity of your OSA, and your tolerance for treatment methods. One of the most popular methods of treatment is an oral appliance, also known as Mandibular Advancing Devices (MAD), have been shown to be extremely effective in treating sleep apnea. The device resembles a mouth guard and moves the lower jaw forward to open the airway wider during sleep. MAD’s are specially made by certified sleep apnea dentists. You can learn more about MAD’s here.

For those with severe sleep apnea, a Continuous Positive Airway Pressure (CPAP) machines may be recommended. Each night, patients wear a face mask that “forces air into the nasal passages at high levels to overcome obstructions in the airway and stimulate normal breathing.” While it’s highly prescribed, it is also not always the best choice. Over half of all CPAP users report using their machines inconsistently or below the recommended minimum of four hours per night for effectiveness due to issues like claustrophobia, discomfort, noisy machines, and ear pressure.

Weight loss can also help reduce symptoms for both sleep apnea and diabetes, though it can only remedy sleep apnea in very mild cases.

If you suspect you have sleep apnea, contact your physician or dentist as soon as possible. Not only will your blood sugar balance out, but you will also feel refreshed and energetic to start each day!