Patient
Physician
Patient
<< Back
How Medical and Behavioral Conditions Affect the Brain
Published on Feb 09, 2022 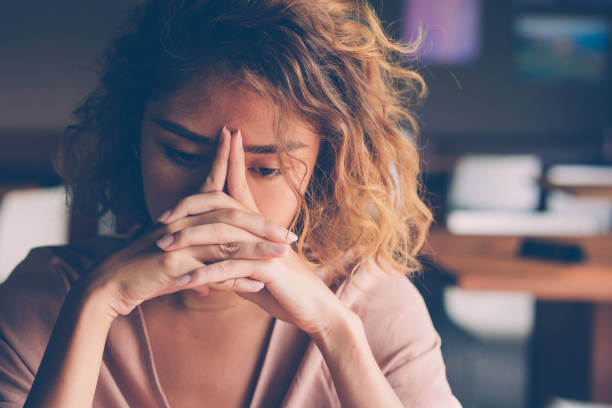 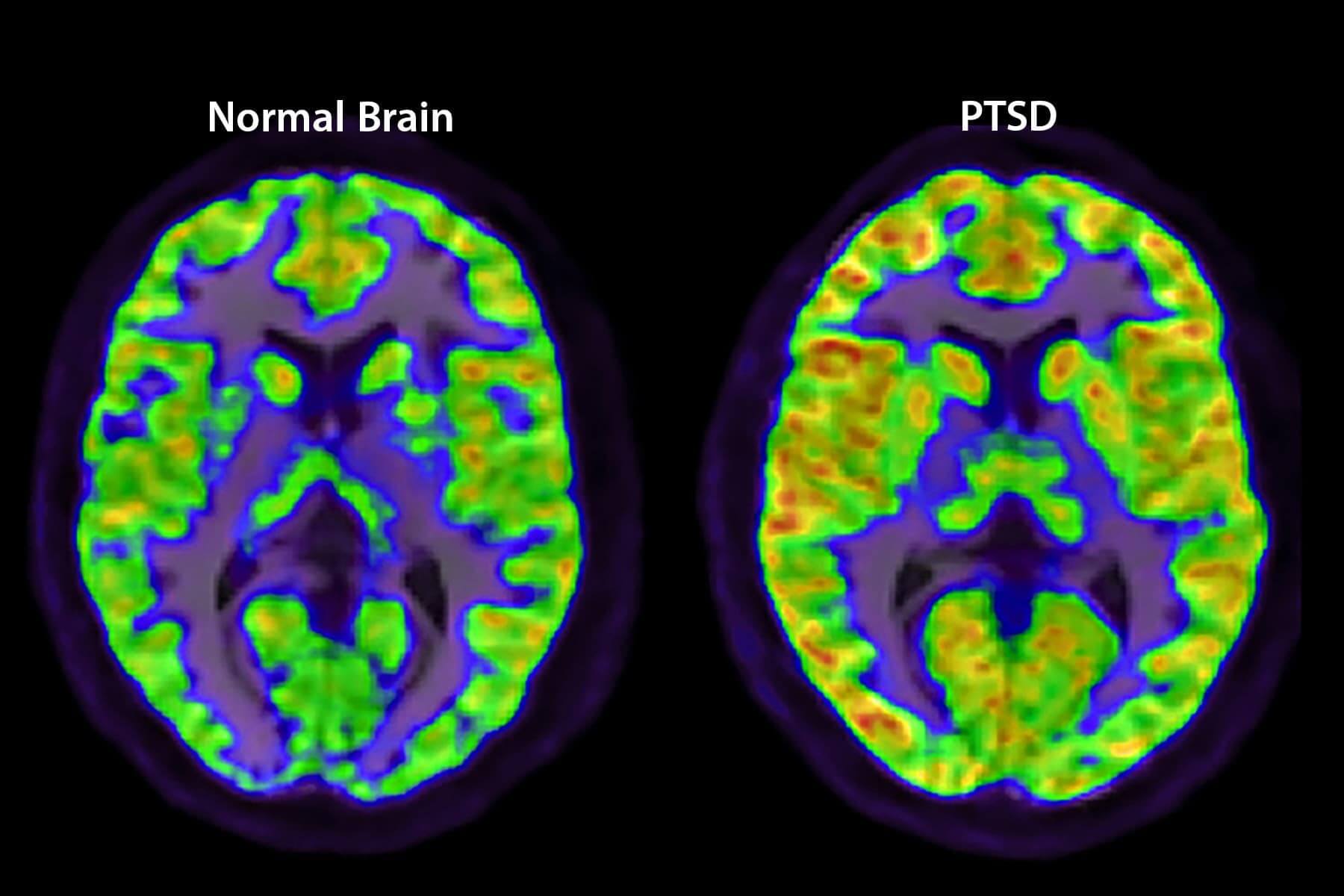 When you go through something traumatic, your brain triggers a “flight-or-fight” response. Most people recover on their own, but some get posttraumatic stress disorder. PTSD causes your amygdala -- the part of the brain that controls emotions -- to be overactive. And it lowers activity in your prefrontal cortex, a decision-making area. It can also shrink your hippocampus, which forms memories. 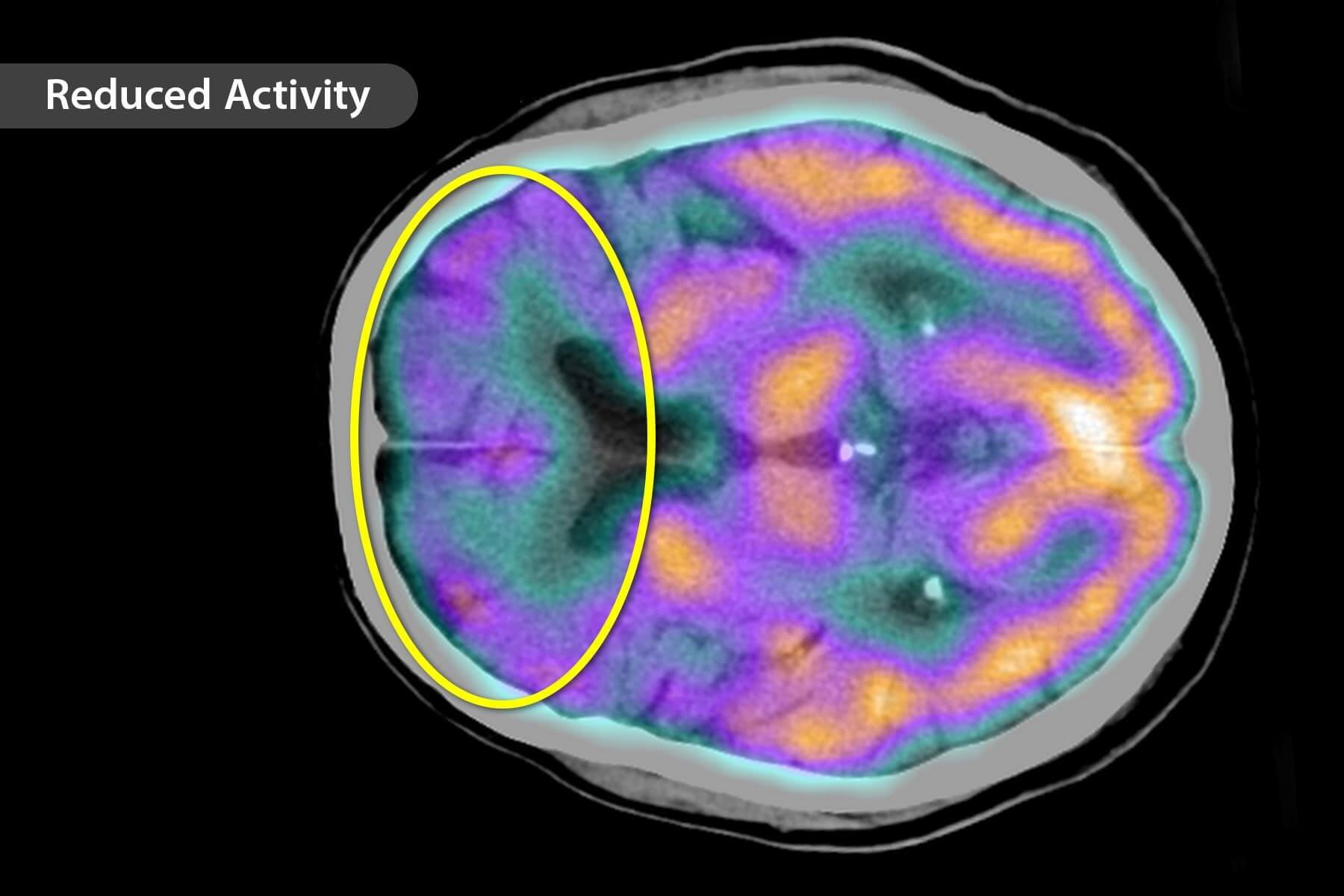 Depression doesn’t affect just your mood. The disorder can change your brain. Experts say it lessens activity in some brain areas, including your prefrontal lobes, which are involved with things like reasoning, personality, and judgment. One study found that people who were depressed for more than a decade had about 30% more brain inflammation. This may lead to brain cell loss, which would make memory problems and dementia more likely. 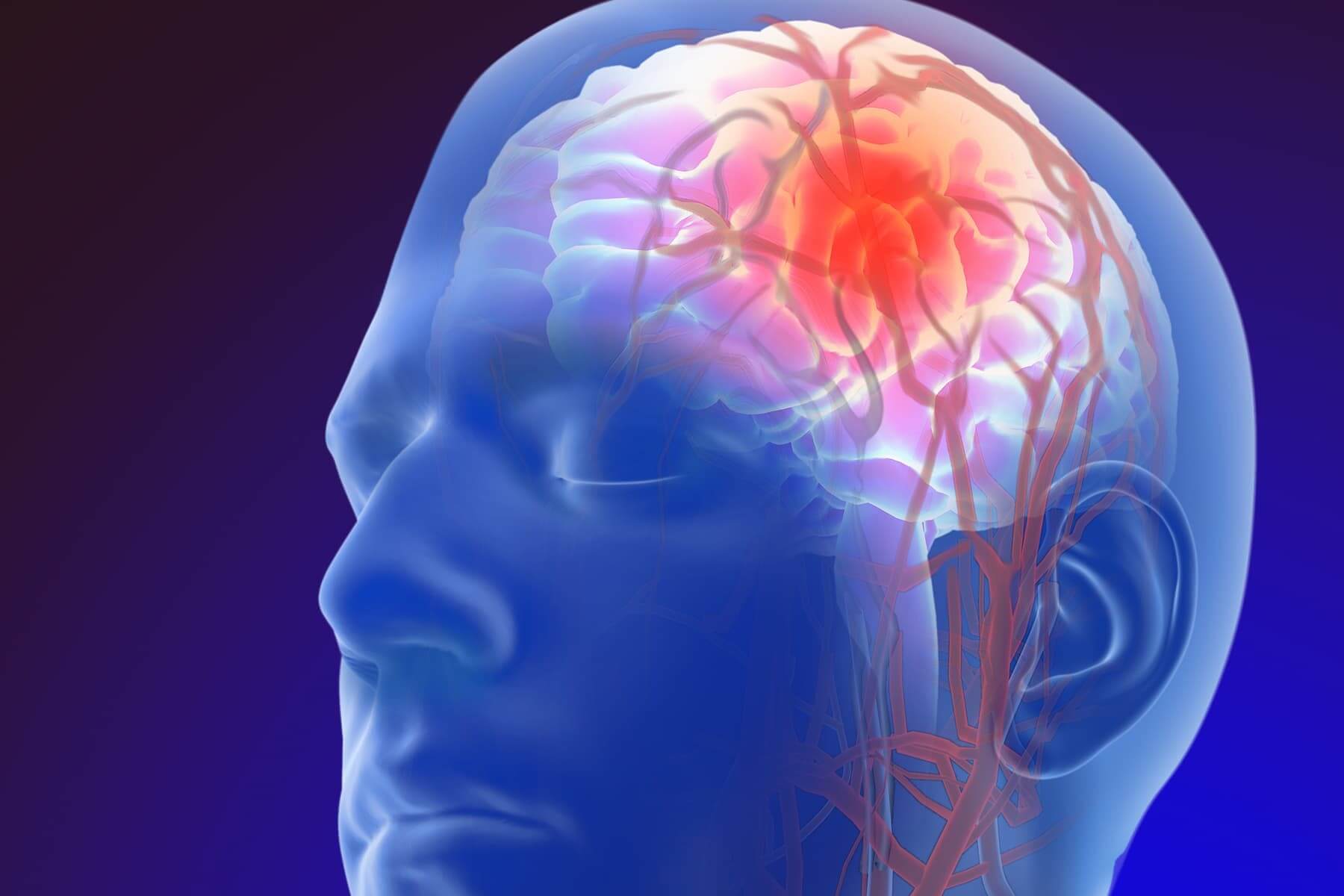 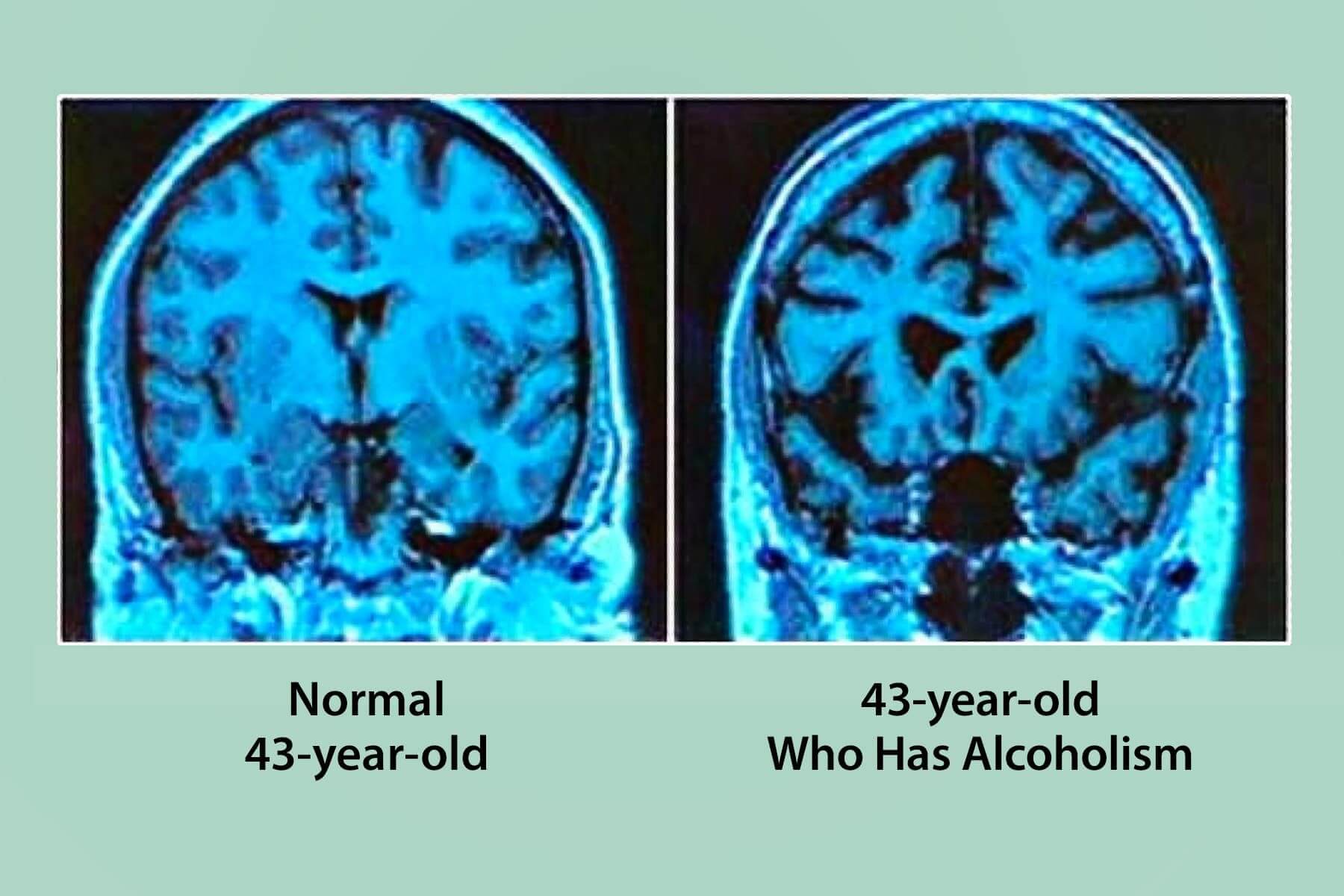 It’s no secret that alcohol affects the brain. It can cause blurry vision, slurred speech, and memory loss. That’s because alcohol kills brain cells. Over time, drinking too much can damage your brain. Research shows that it can shrink certain parts of your brain, too. Some experts say that people with alcoholism have a smaller hippocampus -- the area important for learning and memory -- than those who don’t drink often. 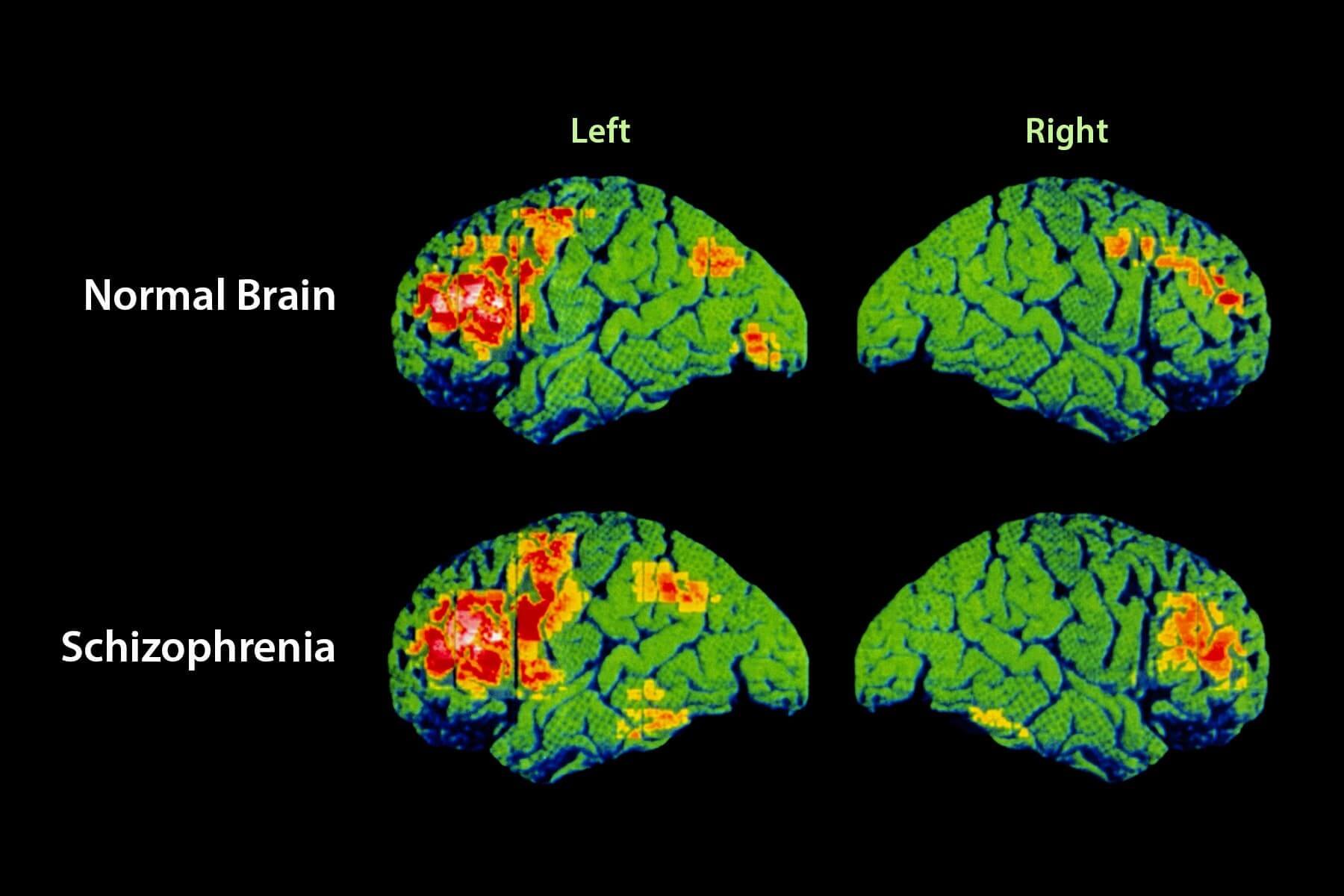 People with schizophrenia have different brains than those without this mental disorder. Scans show they lose gray and white matter, the fatty material that makes up the brain. White matter sits deep in the brain, where information travels. Gray matter surrounds it and, among other things, helps the brain process information. In people who have schizophrenia, gray matter tends to leave first, with white matter going away over time. 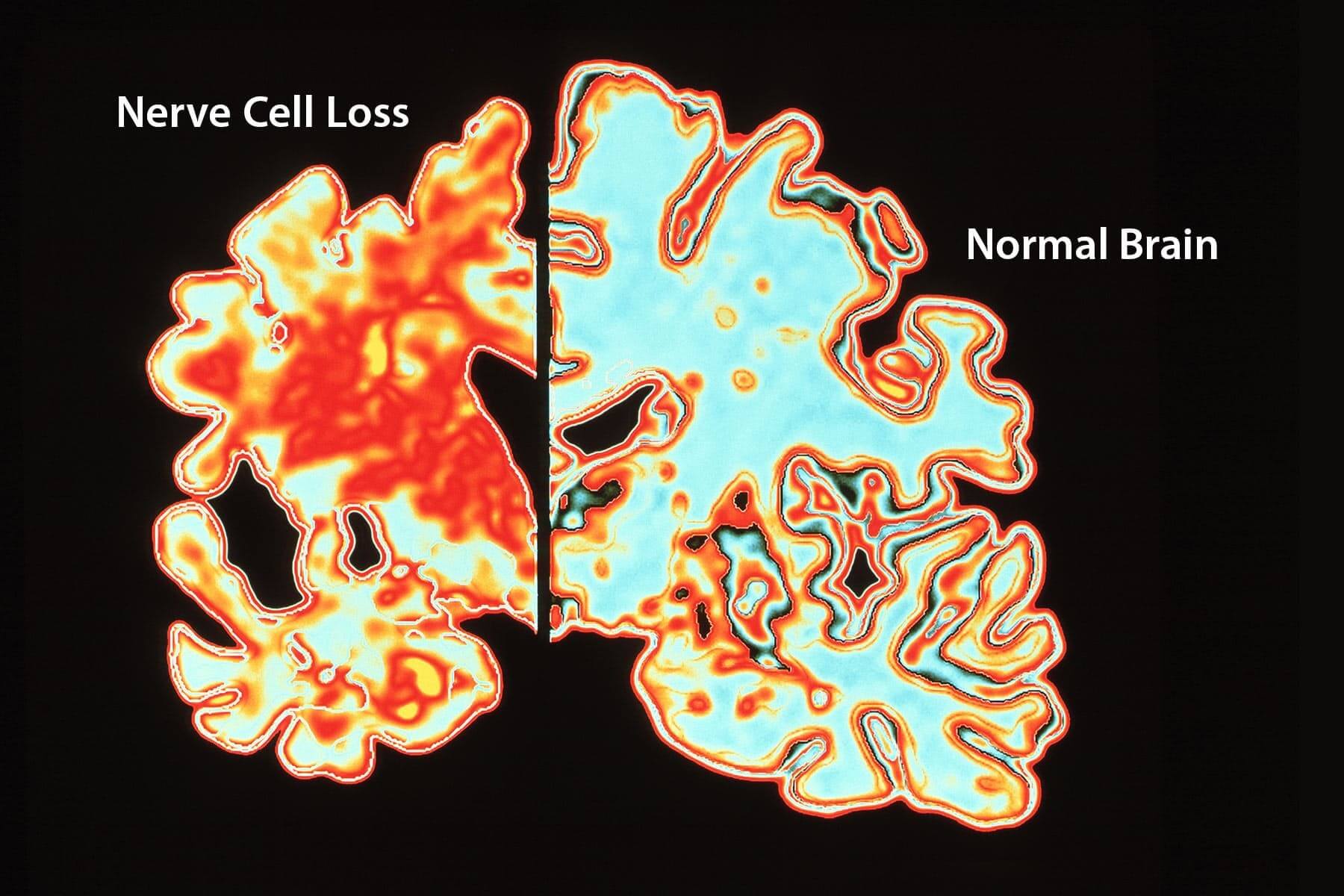 Your brain has cells called neurons. They “talk” to each other through chemical and electrical signals and send messages to the rest of your body. Alzheimer’s disease disrupts this communication. It’s thought that the breakdown comes from a buildup of two proteins, amyloid and tau. Both create tangles that might disrupt messages. 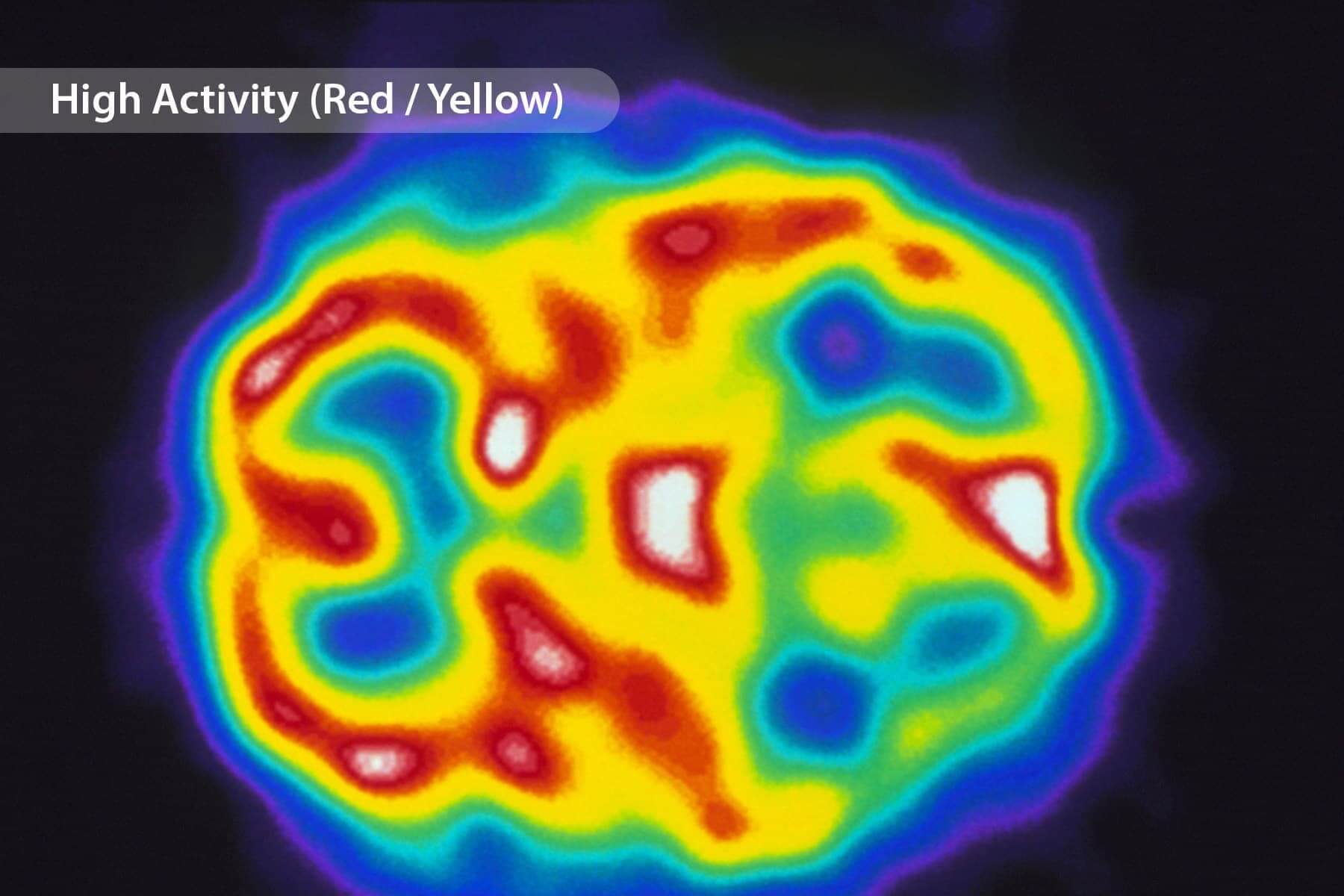 Your brain has cells called neurons. They “talk” to each other through chemical and electrical signals and send messages to the rest of your body. Alzheimer’s disease disrupts this communication. It’s thought that the breakdown comes from a bPeople who get migraines have faulty wiring in their brain. Certain nerves overreact to triggers, such as stress or bright light. This sets off a wave of activity, which causes chemicals to narrow blood vessels in the brain. That brings the headache and other symptoms. Over time, chronic migraines might cause to you lose some gray and white matter. 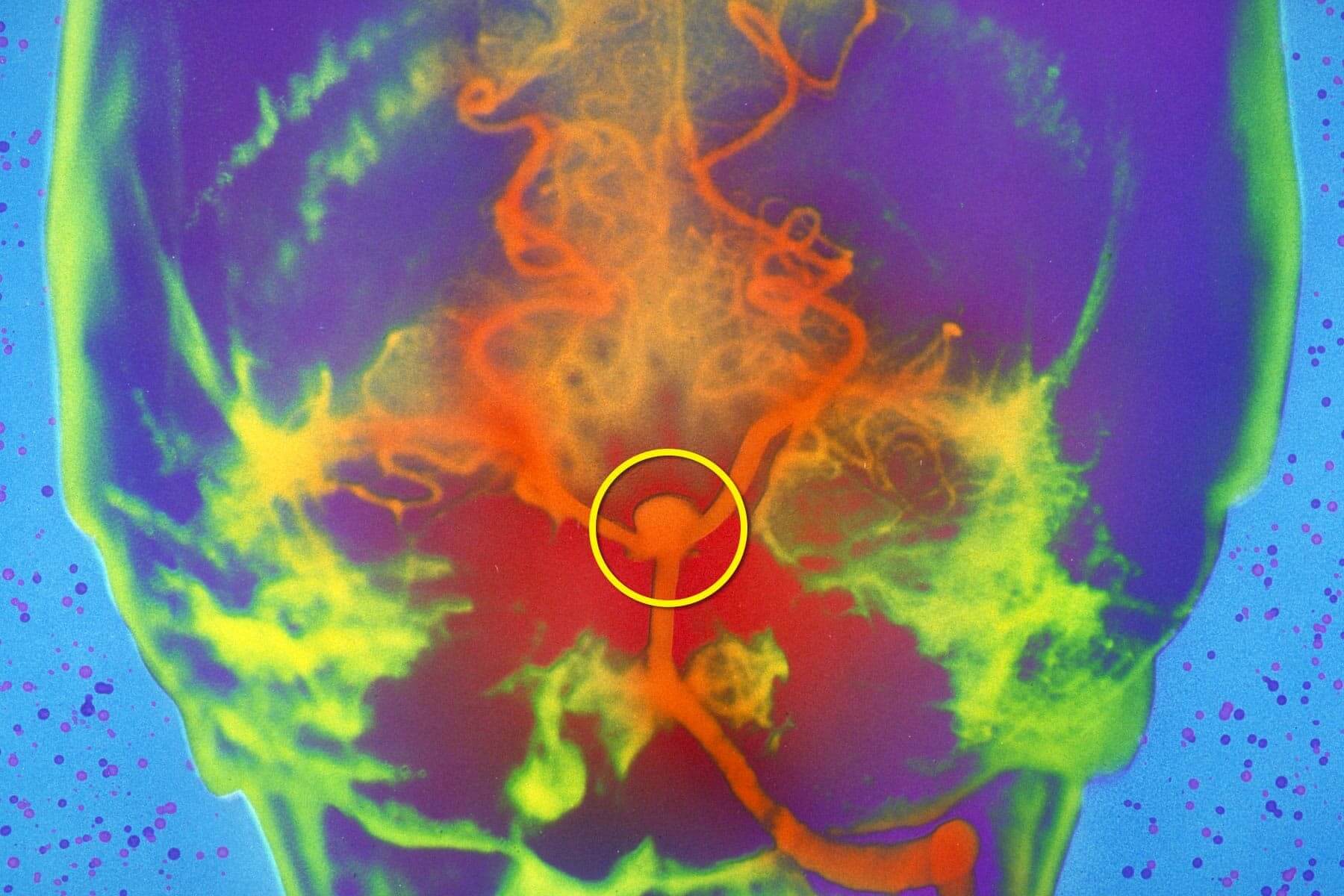 A brain aneurysm is weak spot in a blood vessel. It usually balloons or bulges out and fills with blood. Many looks like a berry hanging on a thin stem. They often form on arteries at the base of the brain. Some aneurysms leak or rupture. That causes bleeding in the brain or the area between your brain and its lining. These are hemorrhagic strokes. They can start as headaches but can lead to nausea, seizures, and death. 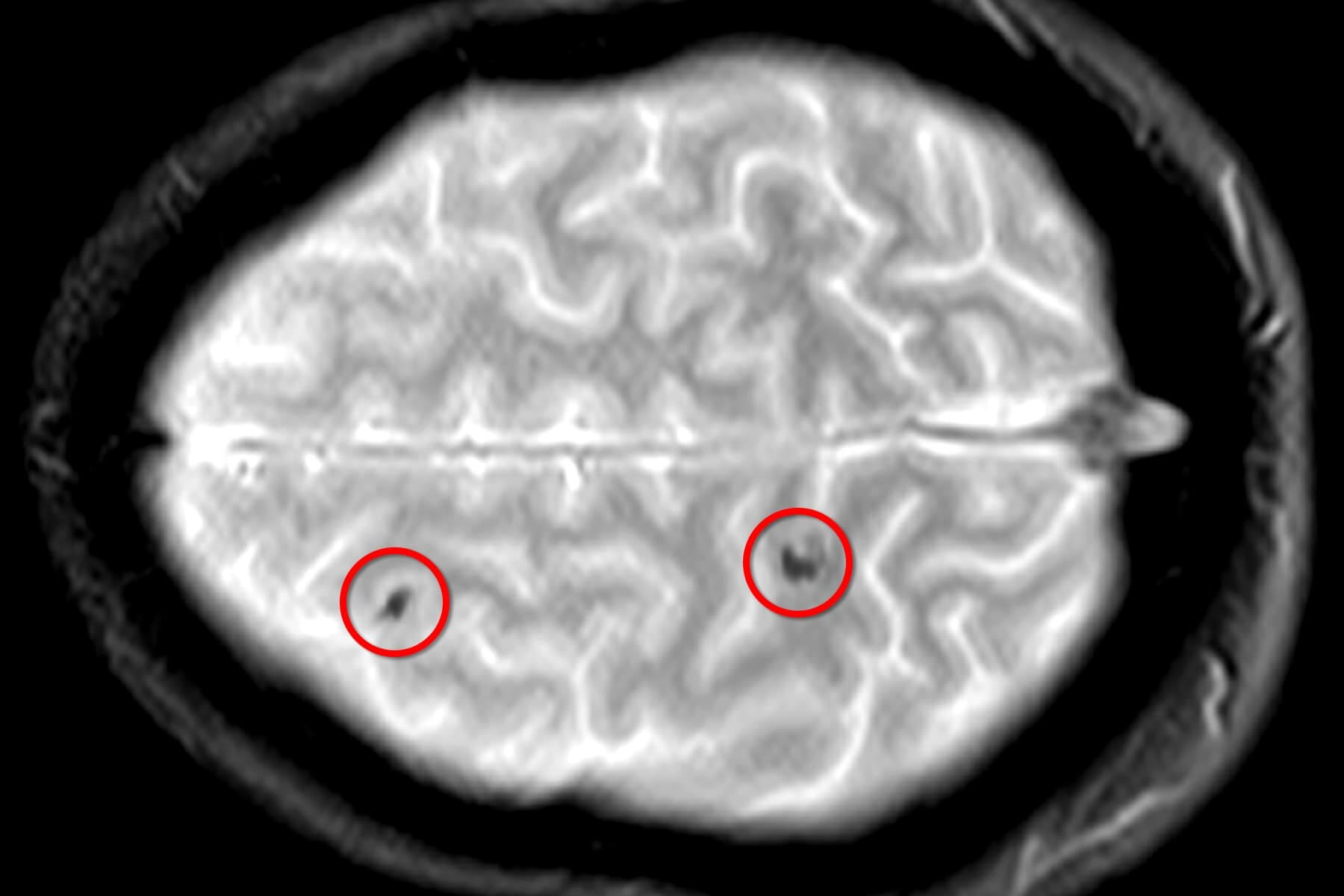 Any number of mishaps, such as a car crash or bump to the head, can cause a concussion. During impact, the brain slides, and bumps into the inside of the skull. This can bruise the brain and tear nerve tissue. Concussions also shake up the balance of chemicals in the brain, harming nerve cell function and triggering inflammation. While the brain usually heals on its own, getting multiple concussions may lead to long-lasting damage. 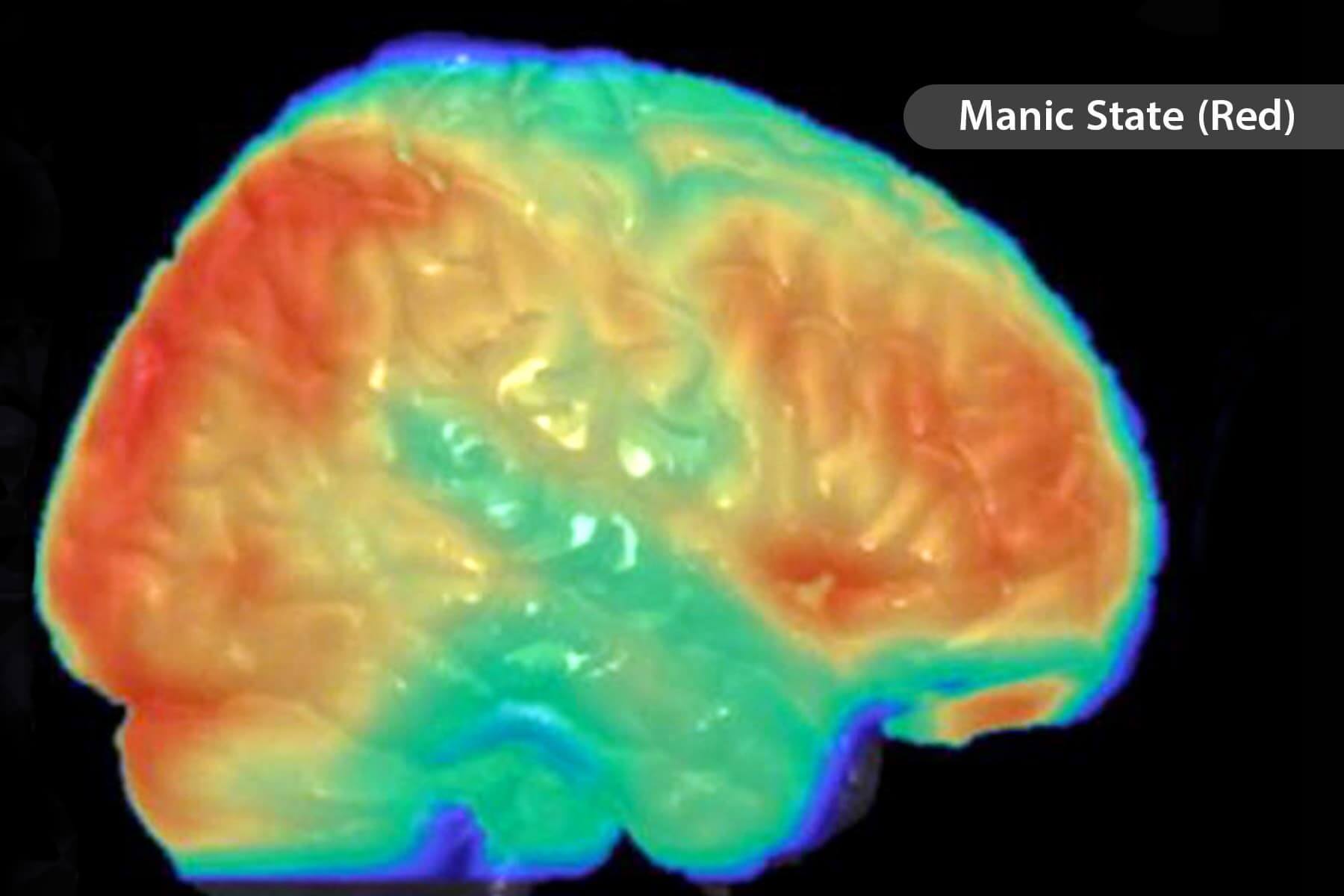 Scientists are still looking at the brain changes responsible for the intense mood changes of bipolar disorder. They think they’re the result of imbalances of neurotransmitters. These chemicals send messages between brain cells. They play a role in things like mood, sleep, and memory. For example, too much of a neurotransmitter called noradrenaline can cause mania, while too little sets the stage for depression. 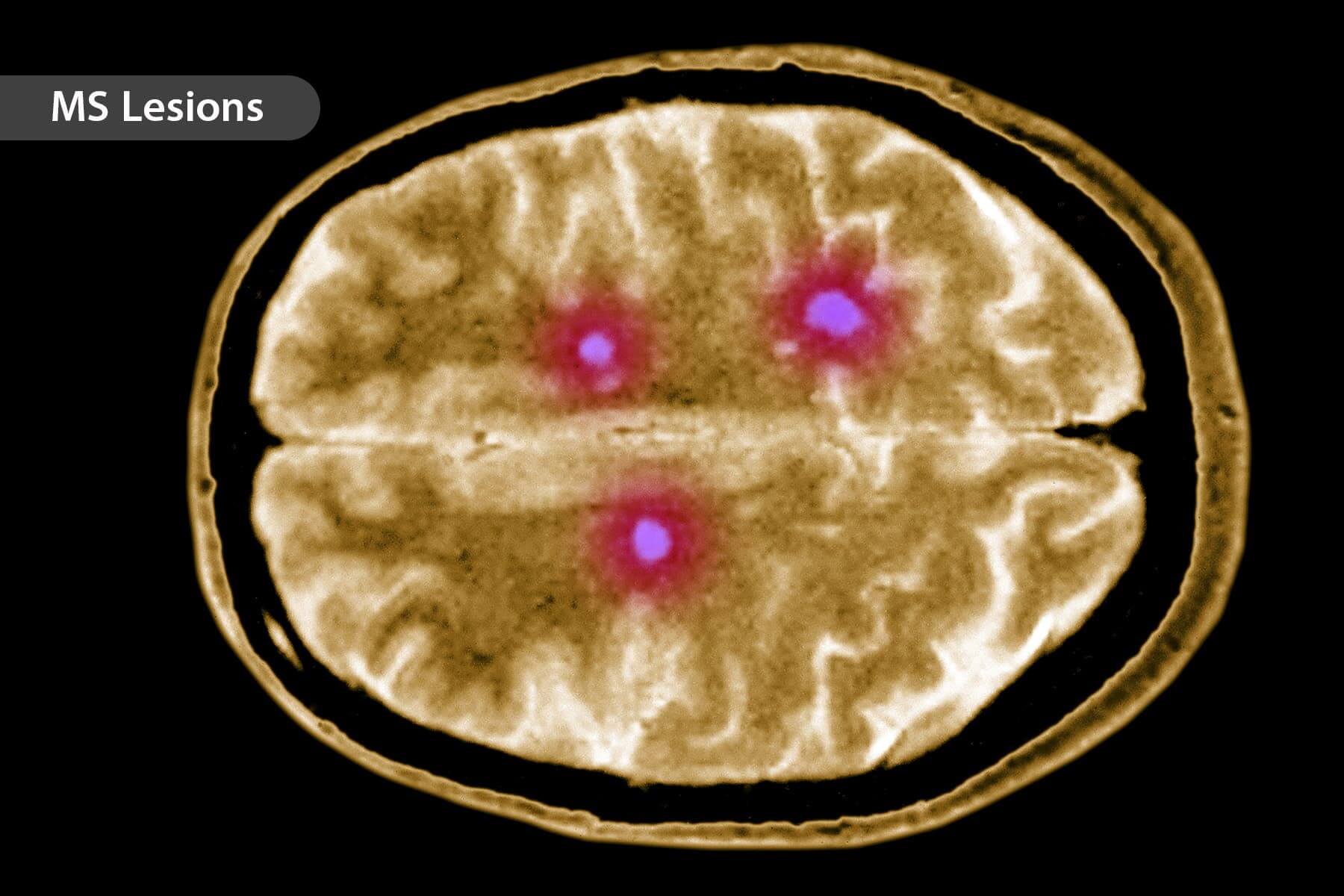 When you have MS, your immune system attacks the nerves in your brain and spinal cord. Your body sends white blood cells to harm the myelin, the layer of insulation around nerves. This causes nerve damage and disrupts the flow of information to and from the brain. Over time, scar tissue forms on the nerves and creates lesions. These changes lead to things like numbness, tremors, and vision problems. 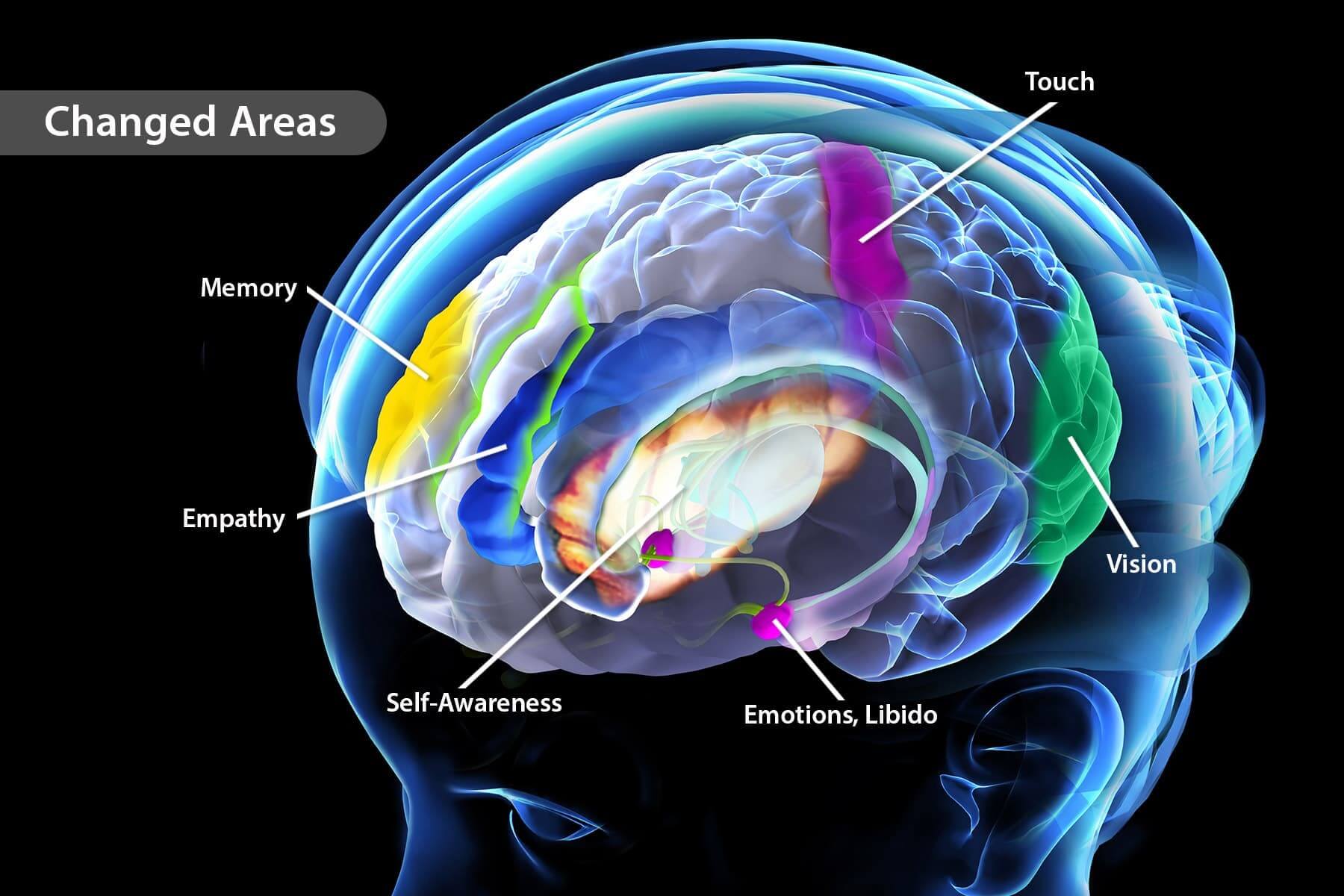 This mind-body practice eases stress and boosts mental health. Now, research reveals that it may change your brain. One study found that meditating for 2 months increased gray matter in parts of the brain that control emotions and learning. Meditation also strengthens the connection between brain cells. It may also ease inflammation in the brain and protect against Alzheimer’s disease. 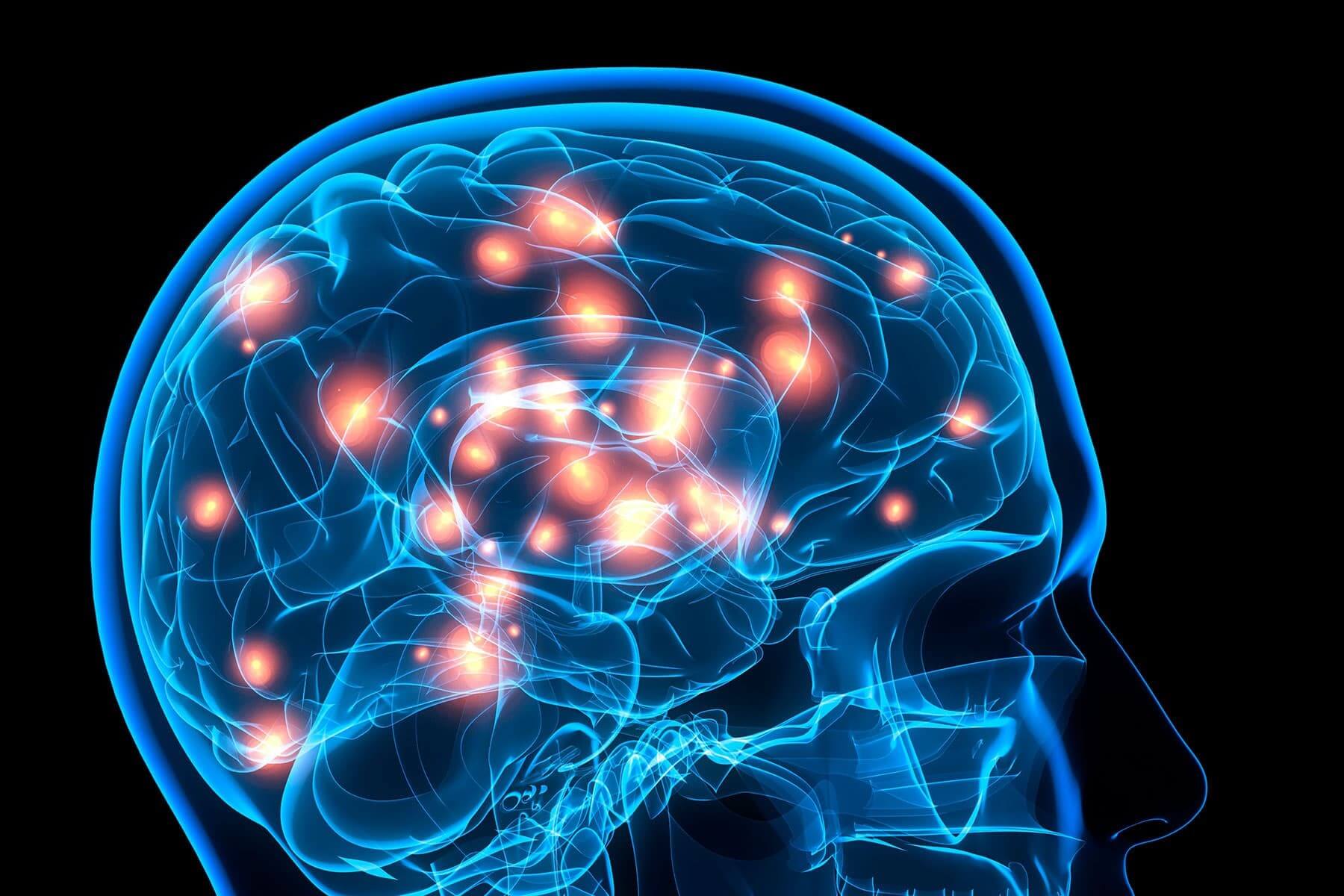 Getting moving is good for the body and brain. Exercise pumps blood to the brain, which delivers oxygen and nutrients. It also stimulates the release of proteins that keep brain cells healthy and help grow new ones. Research shows that exercise may grow the areas of your brain that control thinking and memory. 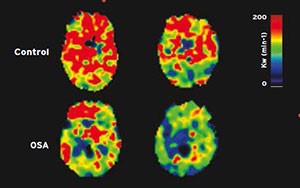 Obstructive sleep apnea contributes to a breakdown of the blood-brain barrier that plays an important role in protecting brain tissue by limiting harmful bacteria, infections, and chemicals from reaching the brain.

Studies have found that a compromised function of the blood-brain barrier is associated with significant brain damage in stroke, epilepsy, meningitis, multiple sclerosis, Alzheimer’s disease, and other conditions. Blood-brain barrier becomes more permeable in obstructive sleep apnea, a breakdown that could contribute to brain injury, as well as potentially enhancing or accelerating the damage. This type of brain injury in obstructive sleep apnea has significant consequences to memory, mood, and cardiovascular risk, but physicians and researchers have developed pharmacologic and non-pharmacologic therapeutic strategies to repair blood-brain barrier function in other conditions.

Over over the past 15 years, we have learned that the gasping during the night that characterizes obstructive sleep apnea can damage the brain in ways that lead to high blood pressure, depression, memory loss and anxiety. It also can cause extreme daytime sleepiness and can lead to stroke, diabetes, loss of testosterone and endocrine-related problems.

The damage to the brain likely stems, in part, from the reduction of oxygen to the body because of the repeated breathing interruptions. It’s not yet fully understood exactly what causes the brain injury and how it progresses. While studies have found that reduced exposure to oxygen and high blood pressure can affect the blood-brain barrier, which in turn can introduce or enhance brain-tissue injury, Dr. Kumar and his colleagues from UCLA were the first to show that this breakdown occurs in obstructive sleep apnea.